All of them had some degree of mercury contamination and in more than half the level was high, said Marcelo Oliveira of the Brazilian chapter of the World Wide Fund for Nature, one of several NGOs that carried out the study.

It said illegal gold panning, in which mercury is used to separate the precious metal from other minerals, is a real threat, especially in the Orinoco River flowing through Colombia and Venezuela. But gold panning is not the only problem, said Oliveira.

“Mercury exists naturally in the Amazon, but is spreading through the water because of deforestation and forest fires and slipping into the food chains of dolphins and fish,” said Oliveira.

High levels of mercury in river dolphins also pose a serious threat for nearly 20 million people who live in the Amazon region and end up eating contaminated fish.

“Mercury can remain in the food chain for up to 100 years. It is a major problem,” said Oliveira. 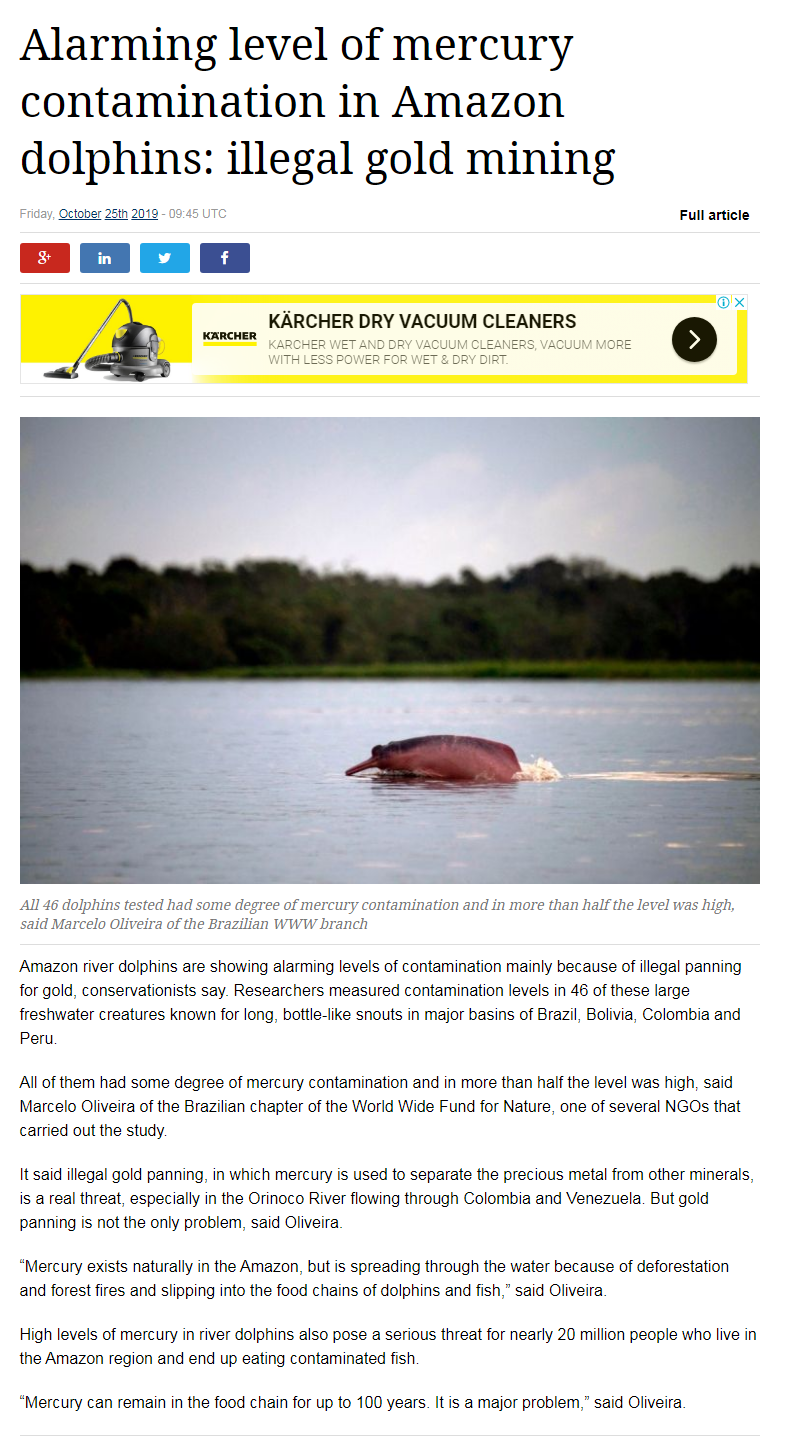