According to BNamericas, the contract entails building tunnels 1, 2 and 4, which will stretch a combined 13 km. The estimated budget is 299 million bolivianos (US$43 million).

Bidding rules will be available starting Nov. 16. A site visit is scheduled for Nov. 27 and an information meeting on Dec. 7, with offers due Dec. 29, according to the procurement notice.

Hydro Review previously reported that the Miguillas complex is to include a pair of hydro plants — 116-MW Palillada and 84-MW Umapalca.

Corani also has a process under way for the project’s Calachaka Jahuira Dam, proposals for which are scheduled to be submitted this week. 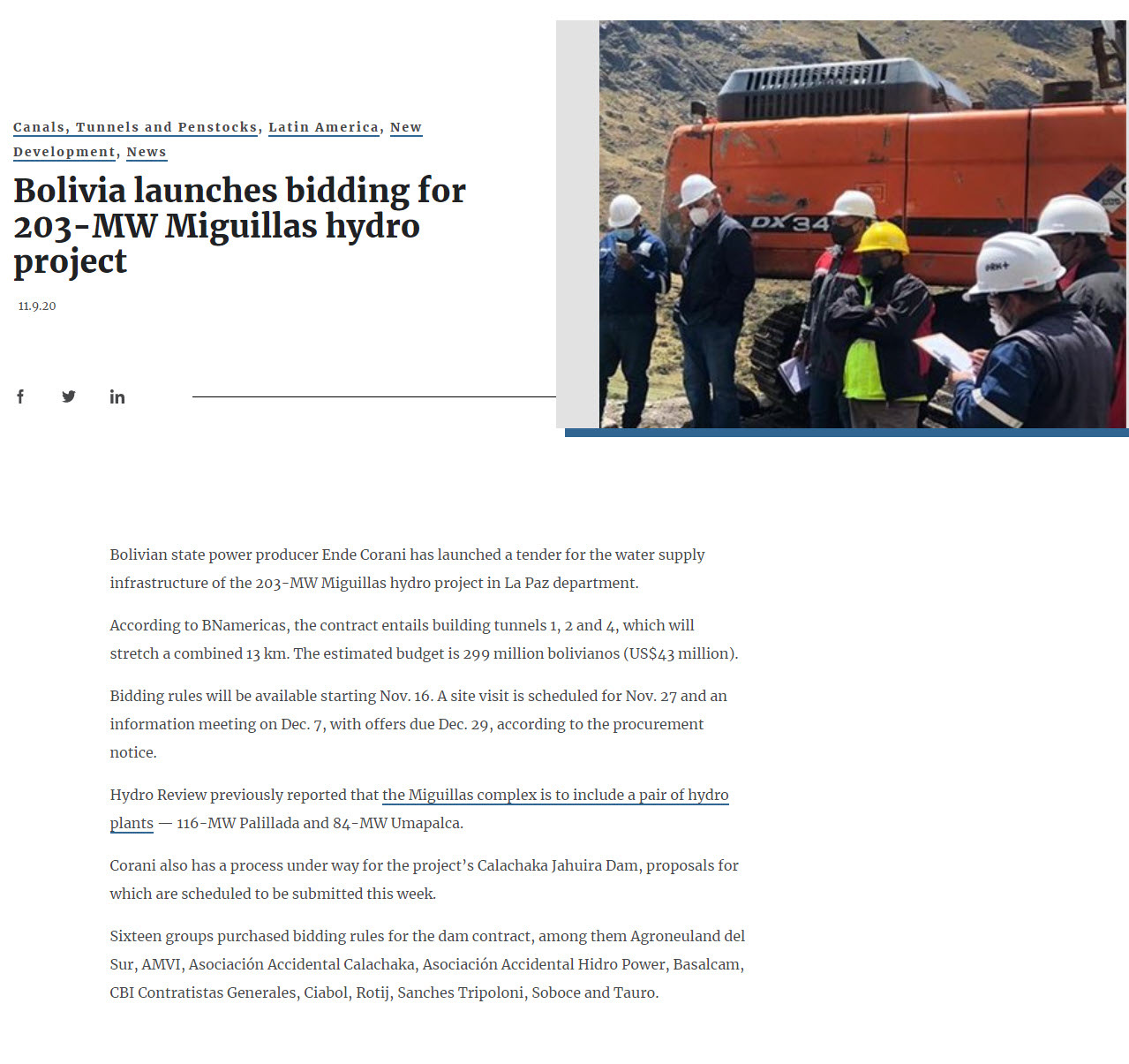