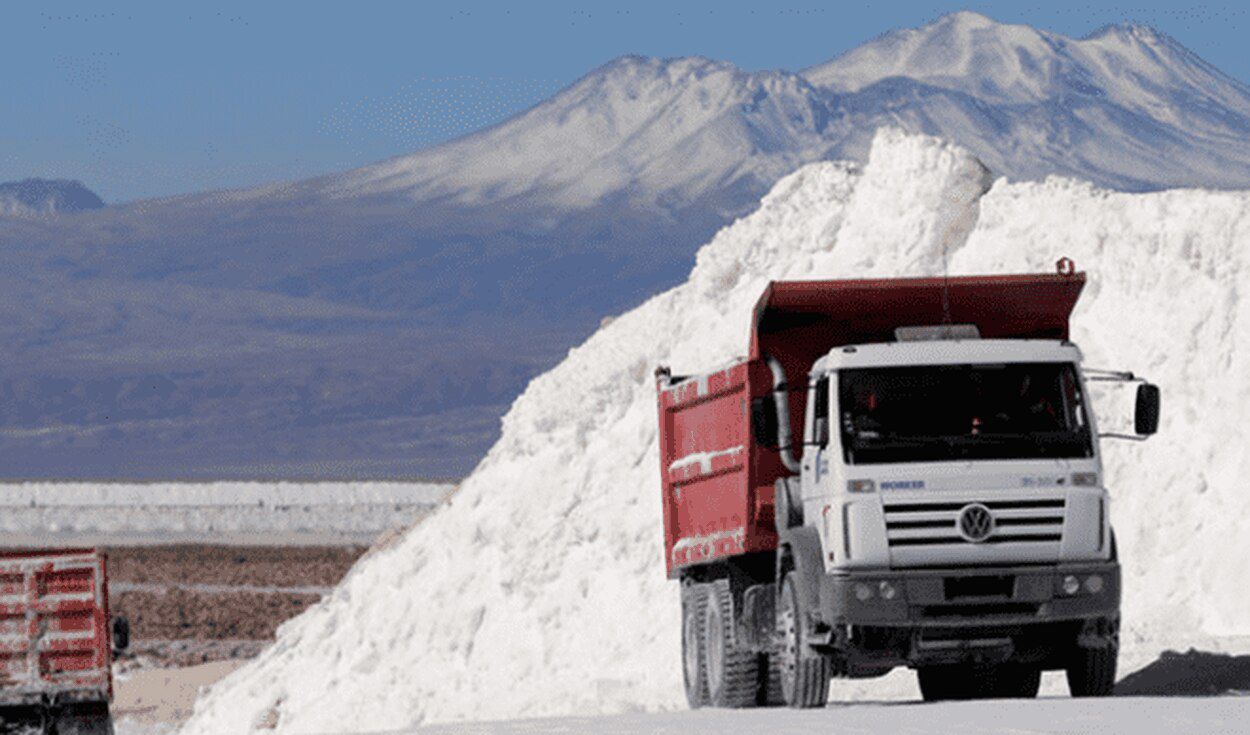 Canada’s Plateau Energy Metals has raised nearly US$ 600 million to develop Peru’s sole lithium project and expects to start mining in 2023, a year later than planned, as the country lags its neighbors in developing the battery mineral, a company official said.

Argentina, Bolivia and Chile are referred to as the lithium triangle and provide more than half the world’s supplies.

Peru is keen to catch up, but has been one of the countries in the region hardest hit by COVID-19, which has delayed its only planned lithium project by about a year, Ulises Solis, general manager of the company’s local subsidiary Macusani Yellowcake, said in an interview.

European mutual funds have provided US$ 597 million to help develop the Falchani deposit in the Puno region near the border with Bolivia. Plateau Energy will provide the rest of the total US$ 844 million needed, Solis said.

Plateau Energy Metal said in 2018 it had found 2.5 million tons of high-grade lithium and 124 million pounds of uranium at the deposit.

Solis said the new money was “a good sign” the project was advancing. He said work on an environmental impact study would start this month and the company would seek official approval for construction permits in 2022.

For the first three years, production of lithium carbonate from the project is expected to be about 25,000 tons annually, gradually rising to 80,000 tons by the sixth year, Solis said.

Without naming them, Solis said that “a series of foreign companies” had approached the Canadian company about partnering in the development of Falchani, but it did not plan to surrender control. 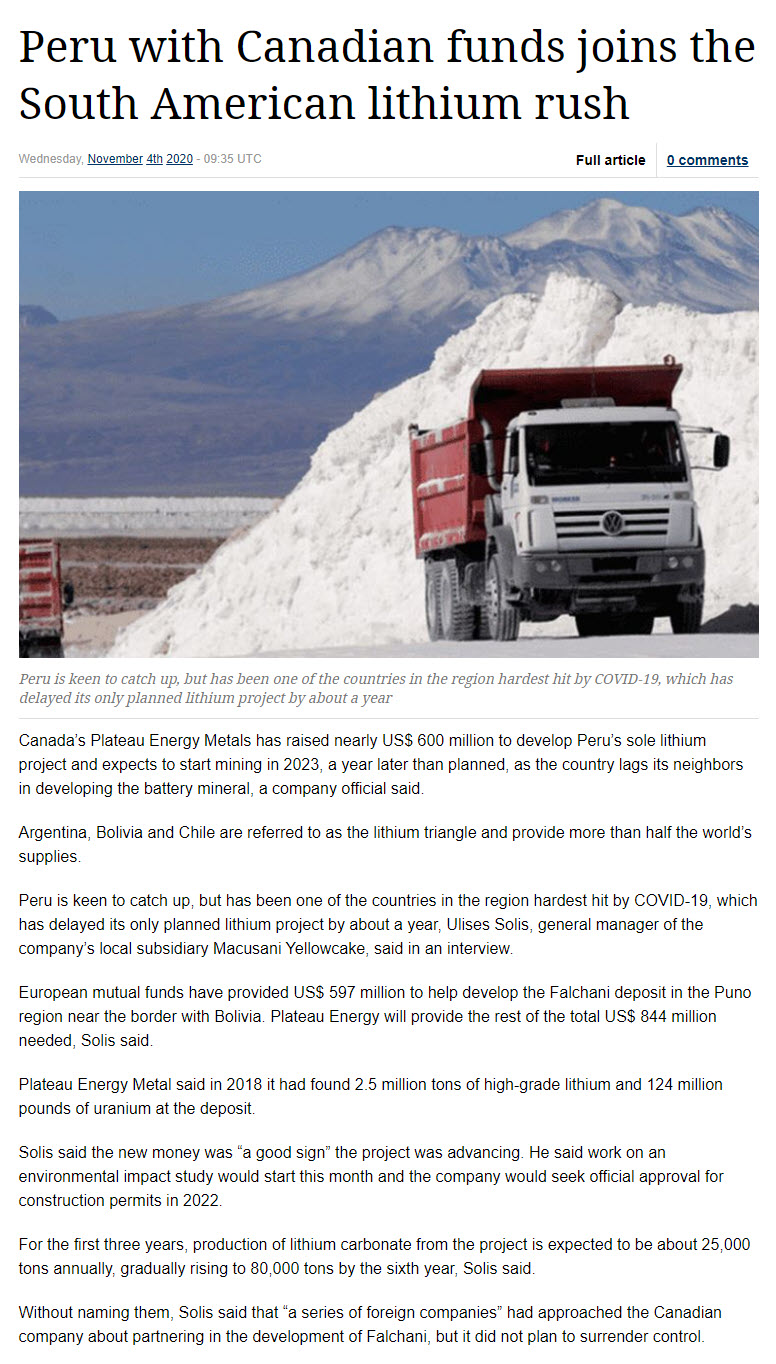