Celec, Ecuador’s state power corporation, has relaunched bidding to advance a project to transfer water between the Toachi and Baba river basins to optimize hydroelectric production.

According to BNamericas, the project envisions the gravity transport of water from the Toachi River to the Baba River to improve output at the 42-MW Baba hydro plant in Los Ríos province, which came online in 2013.

According to Celec business unit Hidronación, which operates Baba, this plant’s factor in 2019 stood at about 40%.

Offers for the contract, which was extended to 330 days from 270, are due next month, when awarding also is scheduled.

In August, Hydro Review reported that Celec has launched bidding to update its hydroelectric potential of medium- and large-scale projects (more than 25 MW) as part of a wider analysis of renewable energies to mitigate low water levels in the Amazon River. 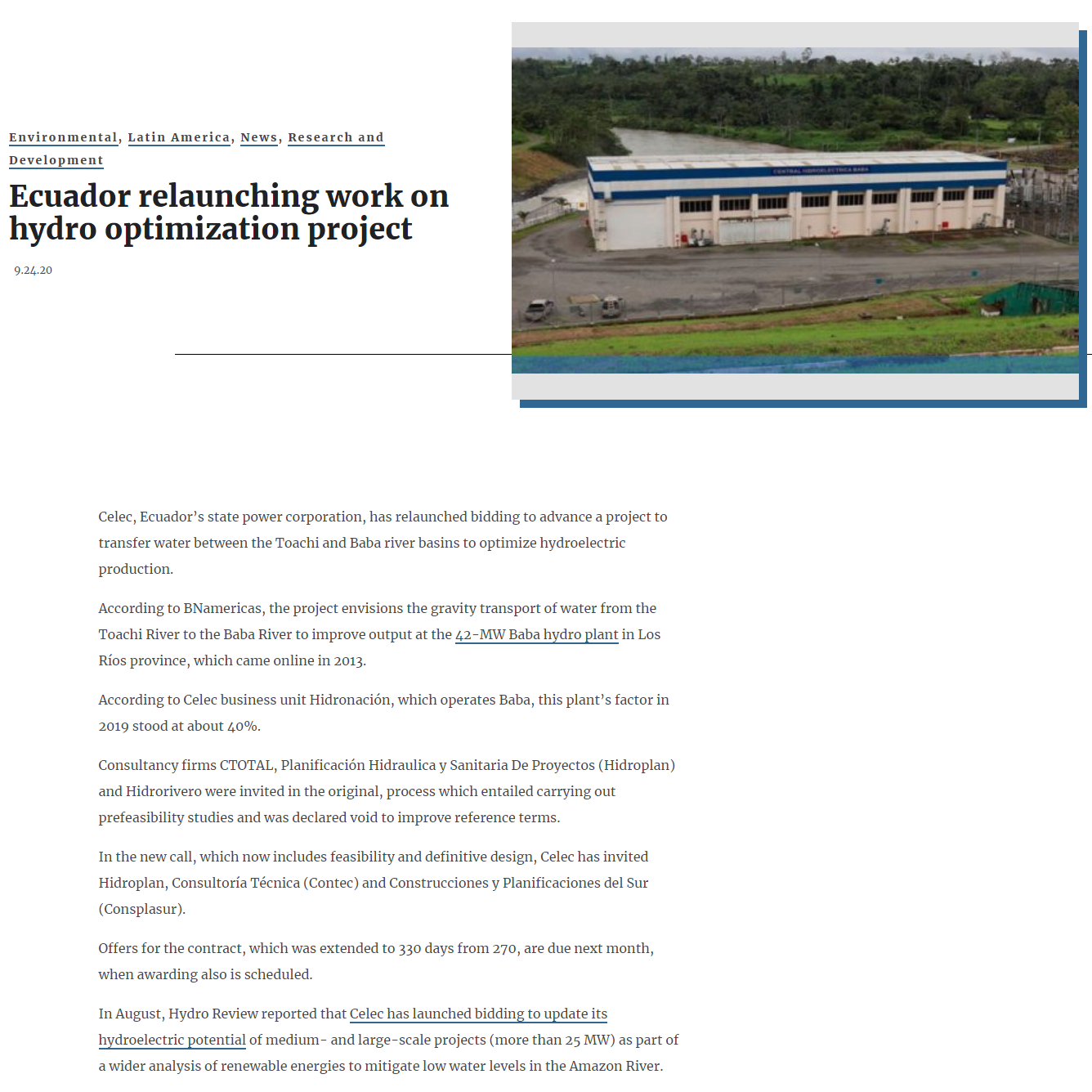