Colombia’s mines and energy ministry has announced preliminary plans for two hydroelectric projects with a total installed capacity of 58.9 MW.

According to BNamerica, the largest is the 39.9-MW Retiro plant being developed by Desarrollos Energéticos de Oriente and earmarked for the municipalities of Arboledas and Salazar de Las Palmas in Norte de Santander department.

A draft resolution that would pave the way for the start of the licensing process is available for public comment until Sept. 3.

The other plant, 19-MW Chorreritas, would be located in San Andrés de Cerquita in northwestern Antioquia department.

A draft resolution for the project is also available for public comment until Sept. 3.

BNamericas said investors have continued to show an appetite for hydroelectric initiatives in Colombia despite rising concern about their social and environmental impacts. 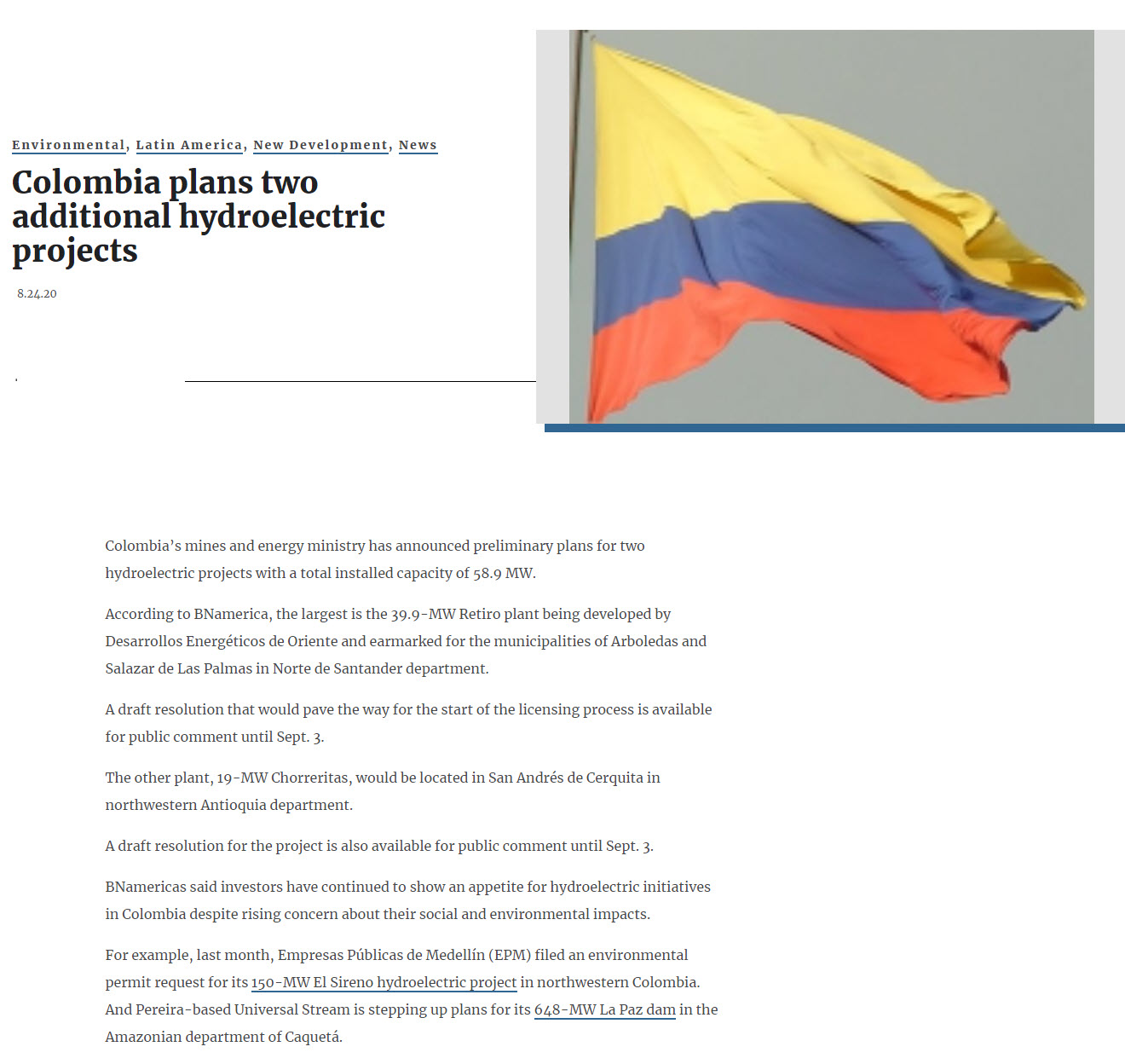