The International Energy Agency’s newly released Key World Energy Statistics (KWES) 2020 report gives many statistics about hydroelectric production worldwide, such as the fact that hydropower has increased its global share of total energy supply from 1.8% in 1973 to 2.5% in 2018.

In 1973, the regional of the world with the greatest hydroelectric production was the OECD countries at 71.8%, followed by non-OECD Europe and Eurasia at 11.6%. In 2018, OECD remained the top region but the percent share had dropped to 34.7% and China had jumped into second place with a 28.5% share.

Energy supply sources covered in the report are coal, oil, natural gas, nuclear, hydropower, biofuels and waste, and other

IEA says KWES is an introduction to energy statistics, providing top-level numbers across the energy mix, from supply and demand, to prices and research budgets, including outlooks, energy indicators and definitions. KWES is part of IEA’s annual edition of energy databases and data services, which include World Energy Statistics and Balances. 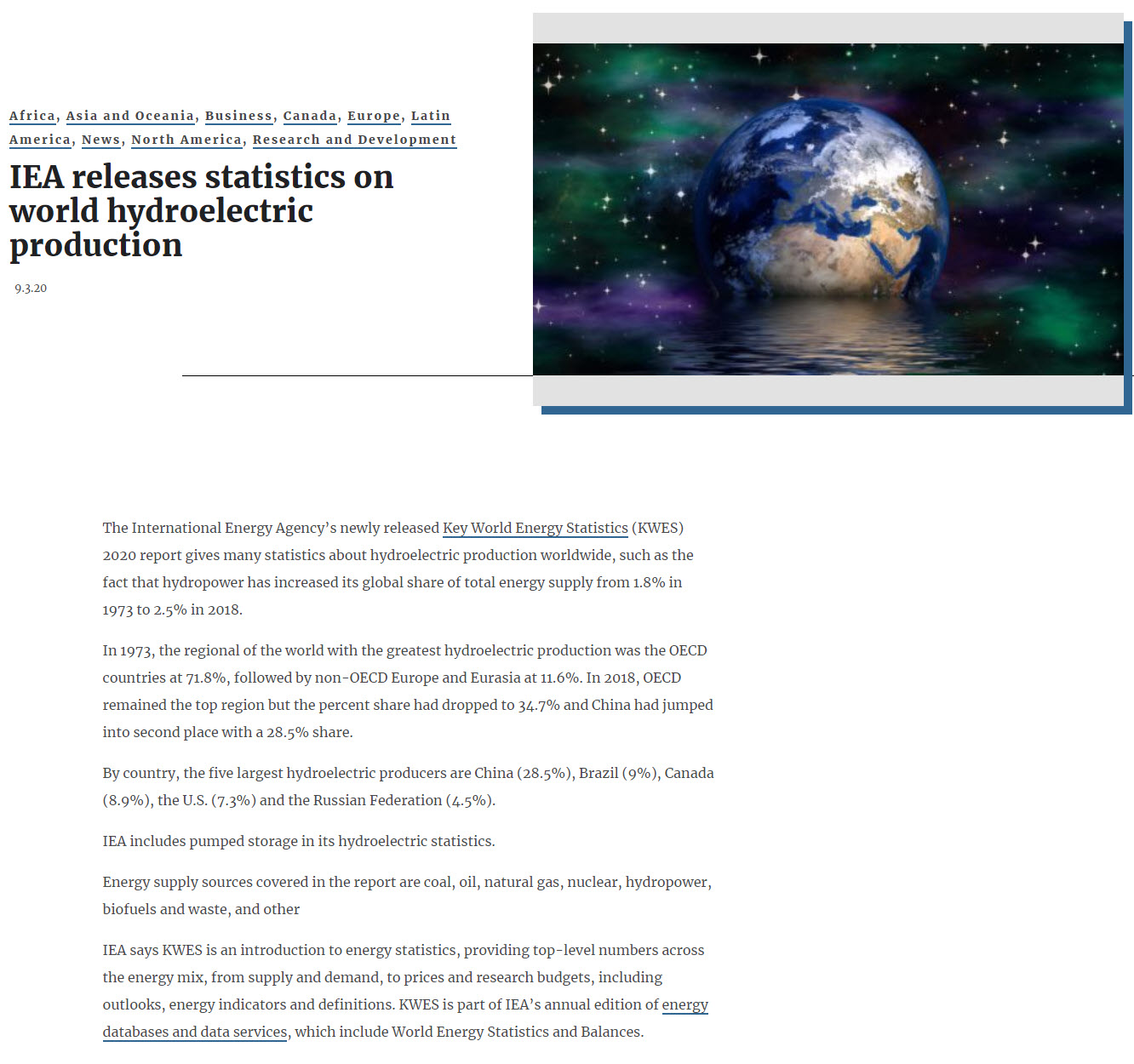